THE UNIVERSITY OF SALAMANCA IN BARCELONA

Barcelona, considered by many to be the capital of the Mediterranean, hosts one of the first franchises of the Spanish Schools of the University of Salamanca, the oldest university in Spain and the fourth oldest in Europe with a long tradition of teaching of Spanish as a Foreign Language.

The Spanish Language School of the University of Salamanca in Barcelona aims to increase the educational opportunities for learning Spanish as a Foreign Language in this wonderful city. Our objective is to bring the quality and experience that characterizes the University of Salamanca to one of the most beautiful cities in the world, Gaudi's city.

This project is aimed at all those interested in learning and improving their knowledge of Spanish as a Foreign Language, with the guarantee of excellence of the University of Salamanca, in a vibrant, welcoming and multicultural city. Barcelona known for its beauty, hospitality and rich cultural offerings, has an enviable temperate climate thanks to the Mediterranean Sea and is well connected with other European capitals as well as with the rest of the world. 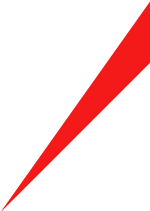